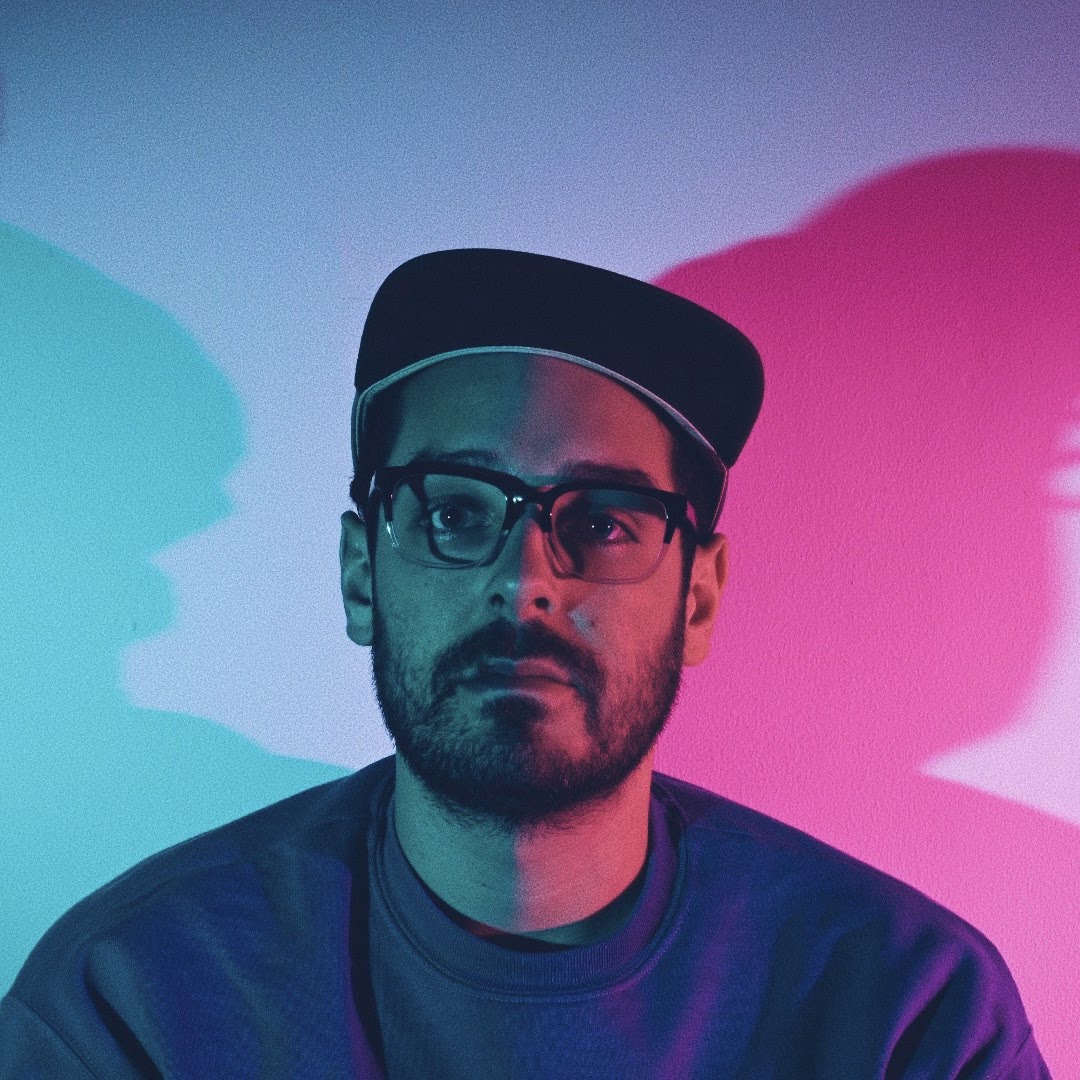 mark (he/him) is a software engineer, photographer, runner, and other things too sometimes.

The last time I wrote about running was seven months ago in April 2021. I had only been running for about eight weeks at that point. My longest run back then was 6.57 miles at a pace of 10:48 min/mile and I'm not even sure I ran the whole thing. Still, I was proud of that and still am! I ran pretty regularly three times a week until July when I went on a five week road trip to Seattle and back (I should write about that next). Turns out running while driving across the country, camping, and staying in the odd La Quinta Inn is tough to maintain. 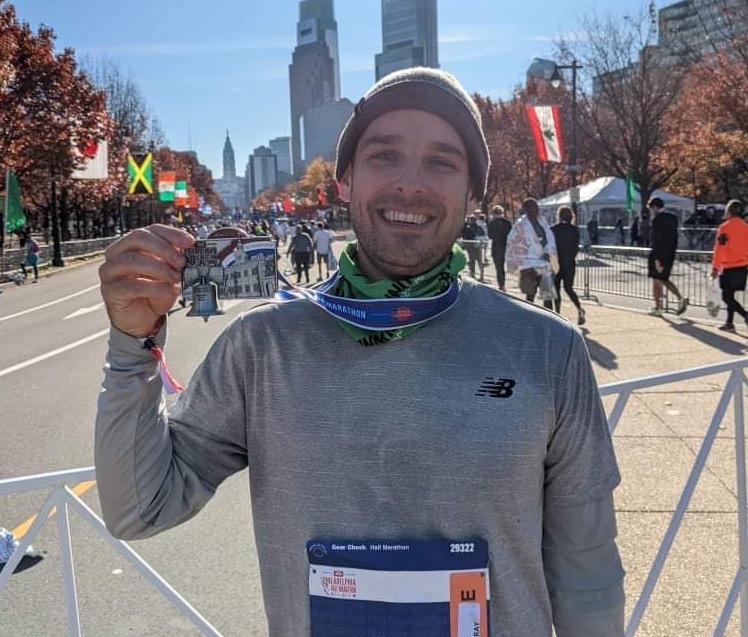 Once I returned from the road trip it was time to get back on the running train, but this time I was going to take it more seriously.

I signed up for the JCRR Everybody's 10k in October, loaded up a new Garmin coach training plan, and got to work. My running schedule was four days a week this time, up from three. Cut to 12 weeks of "easy" runs and speed training and I ran that 10k at 54:22 - well under the goal I had set for sub-60 minutes. But this race report isn't about that race - it's about the Philadelphia Half Marathon.

At Everybody's 10k, I ended up pacing behind a group of people that I later learned ran with a group called Jersey City Runners (not to be confused with Jersey City Road Runners, the hosts of the race). I had joined the JCR group on Facebook a couple weeks back so I was familiar, but I hadn't talked with anybody or joined any of their group runs yet for fear I wouldn't be able to keep up.

After introducing myself to my unwitting pacers and thanking them, I decided to start signing up for the JCR group runs. Long story short, JCR is amazing and the people in that group have pushed me beyond whatever limits I thought I had. Now I run with them four days a week and I can't even imagine going back to running solo 😂. Because of them, I signed up for the Philadelphia Half Marathon with just two weeks notice. I knew I had nothing to worry about though - a solid group of JCR friends would be by my side in the half, and others were running in the full. In fact, I ran the half with the same group of people I ran the 10k with!

The below race report is duplicated from my post on Reddit, so please ignore any repeated info:

No training specific to this event. I only signed up two weeks beforehand because there were a bunch of people from my club running in either the half or full. This was my first half marathon race and only my third race ever since starting running from nothing in March 2021. Weekly sessions were basically 3-4 easy-ish runs per week plus one long run. My weekly mileage is 30-35. I initially wasn't going to set any time goals on this race, but then the week before the race I ended up doing 13.5 miles on my long run in about 2h 20m very casually so figured getting under 2 hours should be attainable if actually trying.

Got to Philly early Friday morning. I work remote so finished my work day in the hotel room. I've been battling PTT (posterior tibial tendonitis) so taped my legs with KT tape as my PT recommended for this race. Wow! I didn't think KT tape actually worked but it was like magic. I'm okay if it was just a placebo, but I literally felt none of the pain I normally feel once I had this tape on. It was a miracle. Days later the pain has not resurfaced.

Woke up for the race Saturday at 5am. Got dressed and did a bunch of stretches. Met with fellow club runners in the lobby at 6am and walked to the race. Got through security quickly without much hassle. Hit the bathroom quick, took a pre-race gel, then into the corral.

It was pretty cold. I didn't bring throwaway clothes and it didn't help that the race started a little over 30 minutes late. I had on wool socks, thermal tights, two long sleeve shirts, one short sleeve shirt, gloves, and a hat. It wasn't until mile 3 that I was finally warmed up and I could feel my feet again.

No real strategy going in. I remember telling myself I would start off slow and try to get negative splits.

Negative split plan immediately went out the window, and I accidentally ran my second mile way too fast at an 8:04 pace. I was happy to have banked some time though and was feeling strong. I popped a gel every 3 miles. This is more often than most people I know, but it works well for me and prevents headaches I sometimes get at the end of a run.

I didn't check the course map really so was pretty surprised by the rolling hills starting around mile 4. Whatever. I powered through and maintained a pace consistently faster than my target. I took full advantage of the downhills to recover letting gravity do the work.

Mile 6ish I saw a group friends from my local running club cheering. I yelled to them and they yelled/waved back and it felt good to get some free energy! Then another half mile down, I was surprised to see my girlfriend on the side cheering me on. She said she would meet me at the finish, so I was not expecting to see her until then. She gave me a huge boost of energy and my eyes teared up a little from the excitement 😍.

More hills and they felt like they were getting steeper. Still felt pretty strong and continued to power through them hitting some nice 8:30 and below miles here and there. Things got slower around 10 and 11 (9:05ish pace) when I started really feeling the hills.

Started suffering here - this was the fastest I had ever done a run this long and I was starting to feel it. The last mile in particular was a pretty steady incline which I didn't realize at the time. It just felt hard and I couldn't pinpoint why until I checked the elevation on Strava after. I recall grunting and groaning (ok and maybe cursing a little) just knowing it would be over soon and I only had to push a little longer to get to the finish.

Finished strong and immediately got some food in me. A banana, two granola bars, liter of water with two Nuun tablets in it, etc. Checked Strava and saw I beat 1:55:00, then saw the official result telling me I actually did not beat 1:55:00. Overall I'm happy with how things went down and I am proud of my performance. During this race I also set new PRs for the 5k (26:37) and 10k (53:18) distances which was a nice bonus.

I learned a lot about how the bigger races operate. Next time I'll be prepared with throw away clothes and more training. Immediately after the race I questioned if I wanted to keep doing races like this, but those nasty thoughts were gone in a couple hours when I started looking forward to the next time :)